More often then we would like to admit, we are unwilling or unable to submit our WordPress plugins back to the repository for everyone to use.  But how do you exclude your plugin from WordPress updates?  As usual, the answer is with filters.  Check out the code below to see how.

Attribute:  This code is originally from a lead WordPress Developer, Mark Jaquith (thanks Mark!)

But how does this exclude your plugin from the update?  First, it takes the HTTP Request args and unserializes the [‘body’][‘plugins’] part of it.  From there, it’s as simple as unsetting your plugin from the array, then re-serializing the request args.  Also the first part checks to see if this is actually and update check.  If it’s not, you exit the function.

One of the smaller (yet still welcome) features that snuck it’s way into WordPress 3 was custom backgrounds.  In most cases, this allows you to change the background picture and color of your blog (Note:  This may not work if your theme has a background already).  This is great, because you don’t have to know CSS to make it work.  Really, all you need to do is add the following code to your theme’s functions.php file.

After that, under the Appearance menu you should have a “Background” option link.  When clicked, it will look like this. 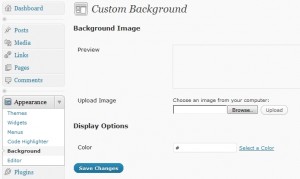 From there, upload your custom background and bask in your own glory!

The default behavior in WordPress when an image is clicked is to open another page of your blog.  Sometimes though, you want a more elegant solution.  One of the more trendy ways to open an image of the past few years has been using something called a lightbox.  A lightbox dims the screen via a modal window, and then displays your image.  If you would like something of this nature to be your default image behavior, check out Lightbox 2 (http://wordpress.org/extend/plugins/lightbox-2/).  Don’t just take my word for it though, try out this WordPress lightbox by clicking the image below.

Note:  The full source code for this plugin can be found here.

Every time you go to WordPress blog and see items in the sidebar, it’s likely that they are widgets.  There are thousands of them for download on WordPress.org, but what if you want to create your own?  How would you code it? That’s what I will answer in this quick How-To.

We’re going to start out by creating a simple plugin.  It’s only purpose is to initialize our widget.

The nex step is the add the widget to WordPress and then register it.  Add this code to the plugin that you already have going.

You want everyone you use your plugin right?  Well if it isn’t compatible with any themes nobody is going to use it.  To add theme compatibility we need to modify the first function we wrote to look like this.

Now that you’re done, save the file as sweet_math_widget.php and then zip the file using WinZip (or a similar tool).  Upload the plugin to your WordPress install and then activate.  If everything goes well, you’ll have a new widget in you Appearance -> Widgets area.

Drag “Sweet Math Widget into your sidebar and you’re done.  Go to a post on your blog and you should see something like this.

You can download the full source code for this widget here.

Since version 2.9 of WordPress, it’s been possible to have post thumbnails.  Once these thumbnails have been set, they can be used throughout your site whenever your post is called.  Using post thumbnails is easy, and so is enabling them.  It’s only a few steps, so let’s get started.

The first step to using post thumbnails in WordPress is to enable them.  To do that, all you need to do is put the following in you themes functions.php file.

Once you’ve added this code, you should see a box underneath “Post Tags” in the Edit Post screen. 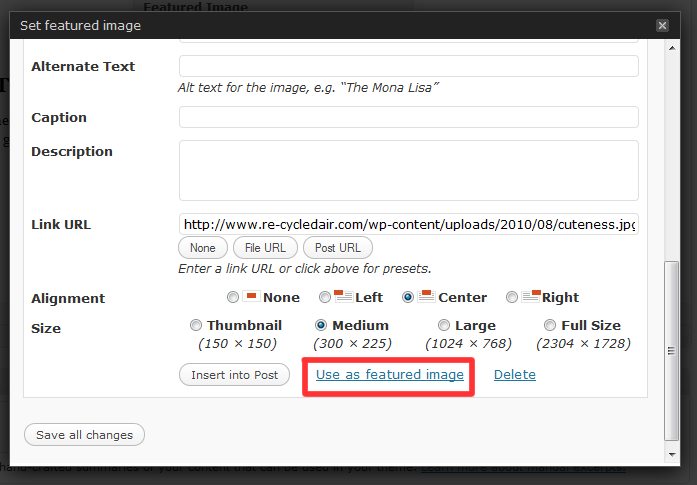 Once you’ve done that, you’ll get a thumbnail version of the photo you just uploaded in the lower-right hand corner of you Edit Posts screen. 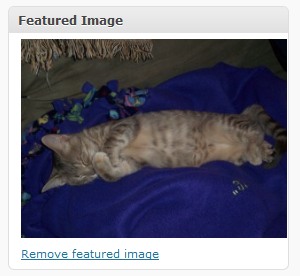 Obviously post thumbnails aren’t much use to you if nobody can see them.  To see them in your theme, you need to call the following function while inside The Loop.

That’s it!  It’s now easier than ever you have each one of your posts have a thumbnail.  If you have any questions, please leave them in the comments.

As a plugin developer or WordPress hacker, accessing the database used by a WordPress install is vital.  This can be accomplished through a few different means, but the best is by using the WPDB class that is provided.  The only requirement for using this class is that your code exists within the WordPress install (plugins, themes, etc).

Let’s say that you would like to run a simple query that returns all of the rows in the “posts” table.  With the WPDB class, all you need to do is execute:

When this code is executed, it returns the entire table “posts” ($wpdb->posts) as an array of objects into the $rows variable.  From there, it’s easy enough to iterate over the array using a foreach loop.

Inserting data into a table is easy using the WPDB class.  All you need to know are the column name(s), the table name, and data you want to store.  I’ll lead with an example:

This example of $wpdb->insert, inserts “re-cycledair.wploadtest.xyz” and “12” into the link_url and visit columns of the “links” table respectively.  The third argument in this function is one that tells the WPDB what type these values are.  The first value is a string, so we use “%s”, and the second is an integer, so we use “%d”.

If you would like to know the auto-incremented id of this insert, simply call:

Updating rows in a table is also easy with the WPDB class. Here is an example of an update.

As you can see, this works a lot like $wpdb->insert. The first argument is the table name. The second argument is an array of column-value pairs. The third argument is the where condition (if ID is equal to 15). The fourth argument tells the WPDB class that you are updating a string, and the fifth argument says the WHERE condition is an integer.

One thing every WordPress developer needs to know about is SQL injection. SQL injection is when someone is able to modify your SQL query to execute their own. To prevent this kind of malicious attack, the WPDB class has a method called “prepare”. “Prepare” will take your input data an sanitize it, so that it cannot be used in a SQL injection attack. An example is as follows:

As with previous examples, the “%d” and “%s” function as placeholders for the sanitized data.

With those functions and a little bit of work, you should be writing WordPress database queries with the WPDB class in no time!

With the User Access Manager plugin, you can restrict your posts and pages easily with WordPress. It’s a fairly robust plugin, and allows you to create user groups, set access by category, and even limit access to uploaded files. Check out the screen shots below to see it in action.

One of the most touted new features in WordPress 3 is the integration of WordPress MU into the main branch of WordPress.  What this allows you to do is run multiple WordPress sites or blogs, while only needing one install.  The only issue is that this functionality is not enabled by default.

To enable multisite in WordPress 3, you need to add the following line somewhere in wp-config.php. [Note:  Make sure you disable all of your plugins first.]

After you set WP_ALLOW_MULTISITE to true, you’ll get a new menu item called “Network” under the tools menu. 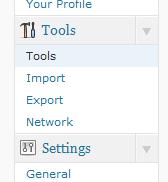 From there, you can experiment setting up new sites.